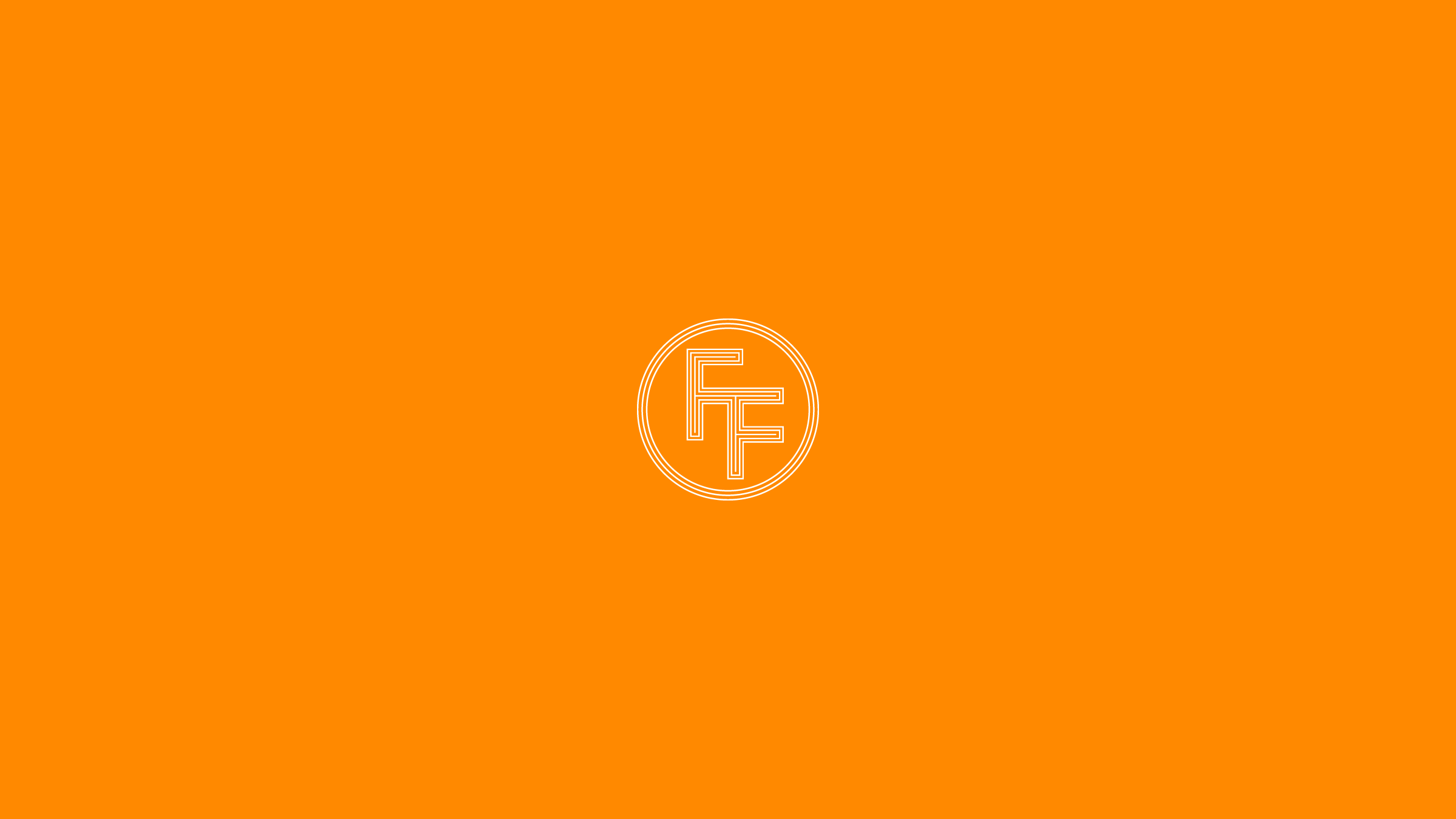 The sentiments expressed in this self-initiated personal project are meant to give insight into the life of a freelancer, which can be both awesome and terrible. It's also meant to help freelancers commiserate and celebrate together, because the journey of a freelancer can be overwhelming, and at times, you can feel as if you're navigating it alone.

I was a multi-disciplinary designer on this project, taking on the roles of: copywriter, letterer and designer. 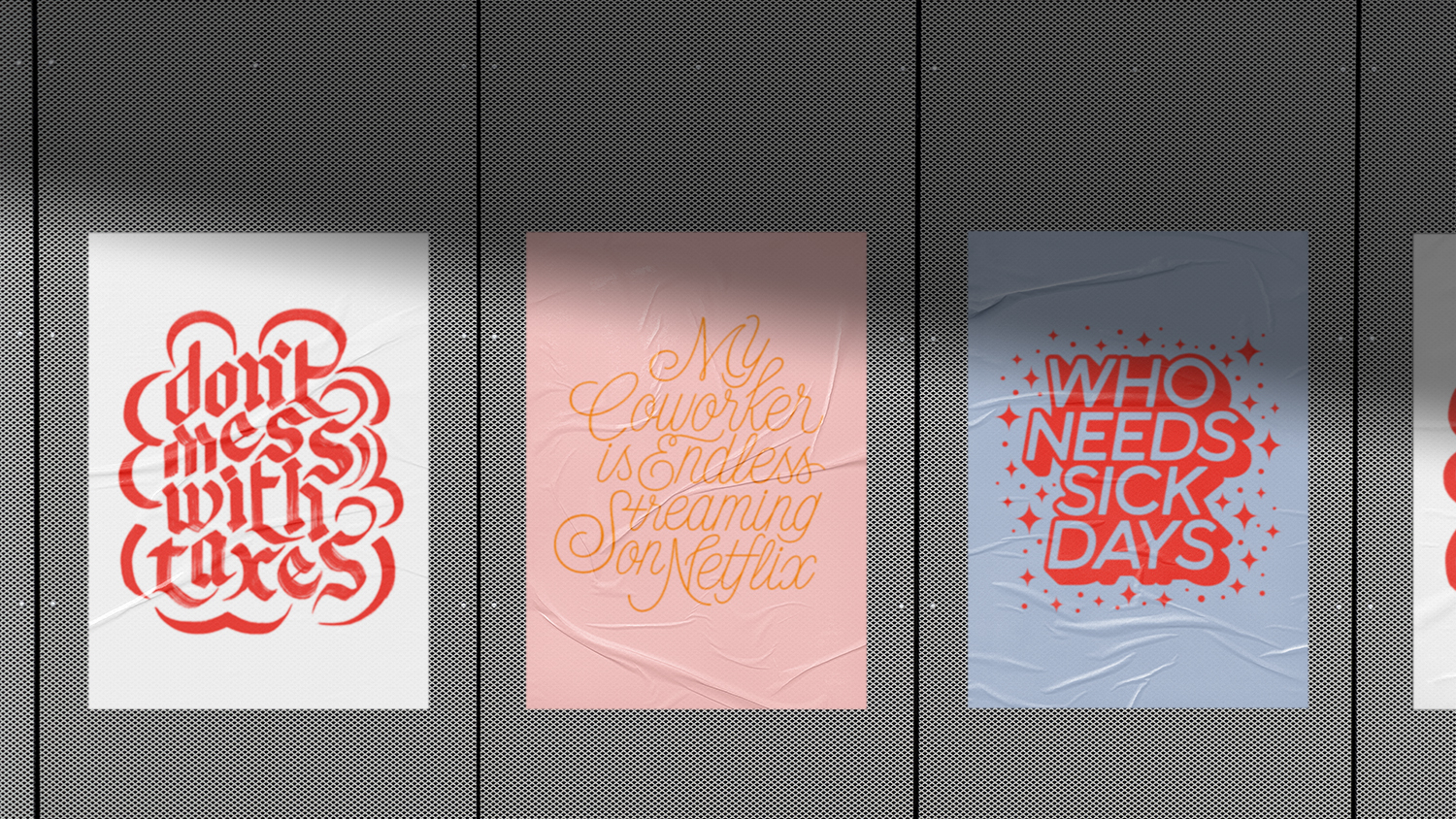 I wanted to improve my lettering skills, and I needed the constraints to create. In addition, I had a desire to connect with other freelancers because, statistically, there are a lot of us out there. So F*cking Freelancing would help me find more of them by posting on social media and seeing who responded with a resounding - I agree! 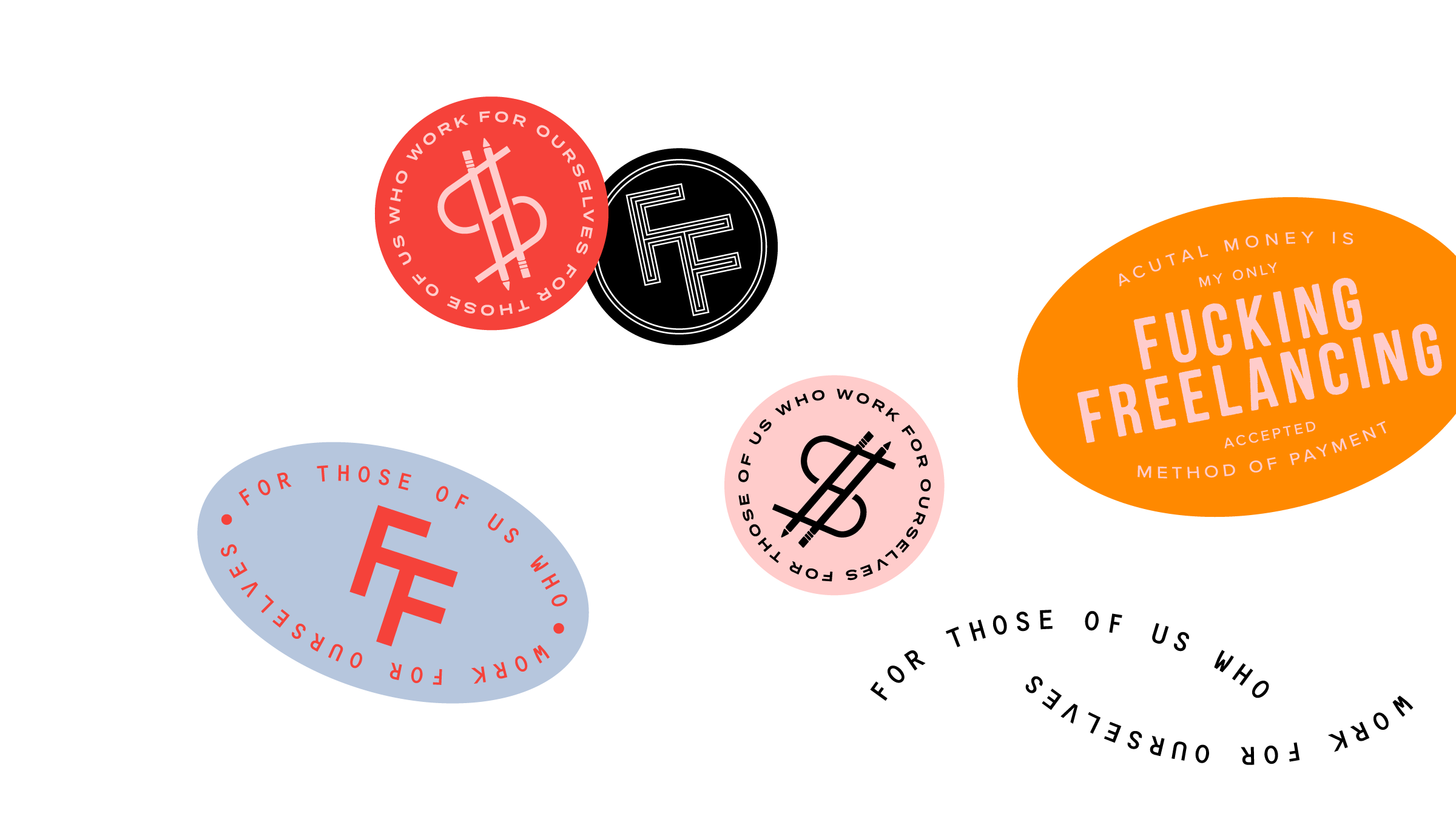 In theory, having full creative freedom seems like the dream scenario. However, I often found myself succumbing to analysis paralysis and overwhelmed by choice. This would cause pieces to take longer than anticipated and affect my momentum to get things done. In the end, I realized spending that extra hour focused on minute details and pushing vector points around could have been better spent on other tasks. 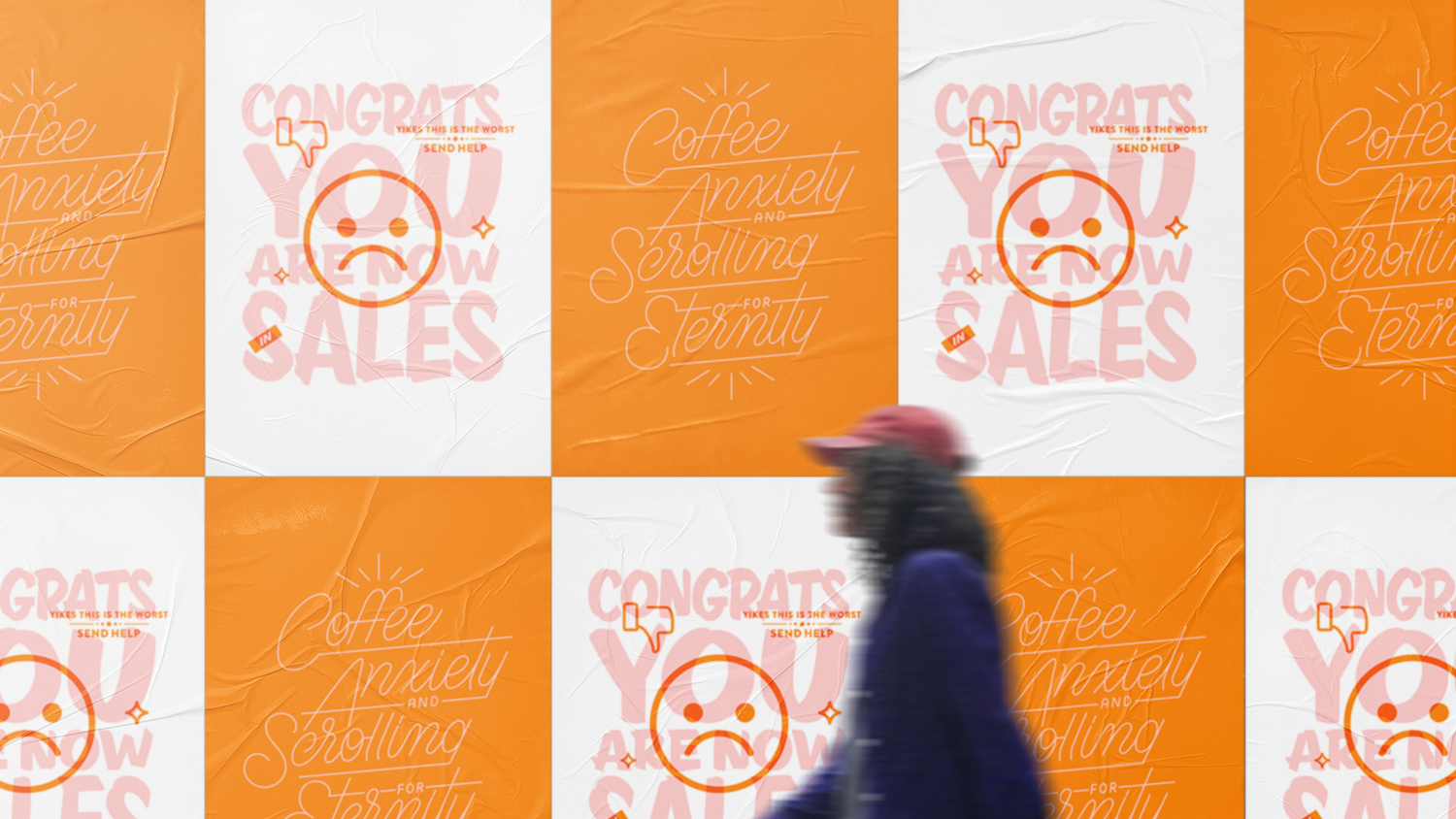 I saw improvement in my lettering and composition skills, and it even resulted in some freelance work. I also understood the benefit to planning out a passion project: because as I look back on my body of work, I see the the value in having a vision and working to make it a reality. 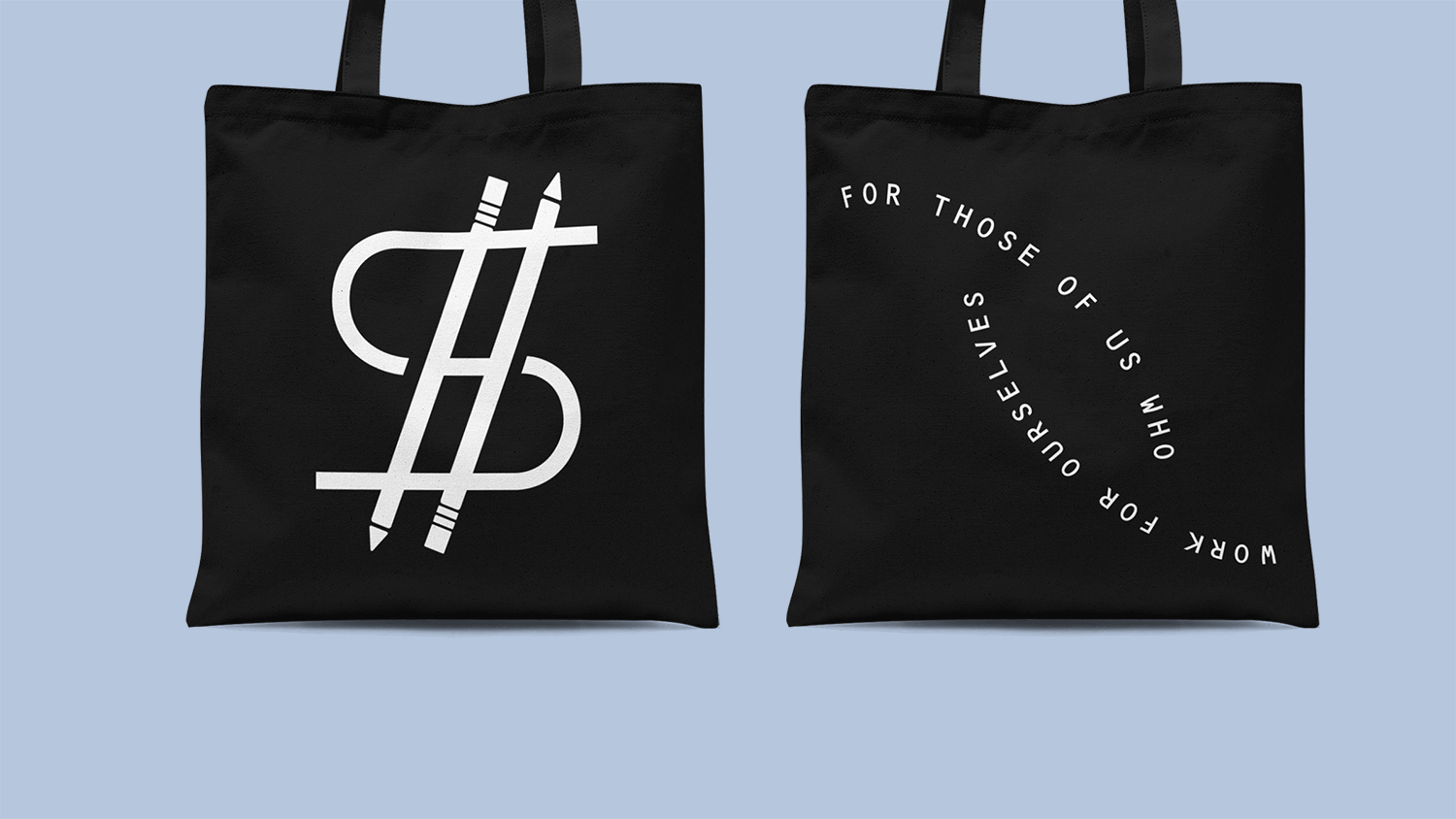 This project taught me the importance of follow-through and experimentation. I tried so many lettering styles and techniques, and it made me a better designer. It also proved that while anyone can have a good idea, achieving goals can only come from those who take action, commit and keep going. 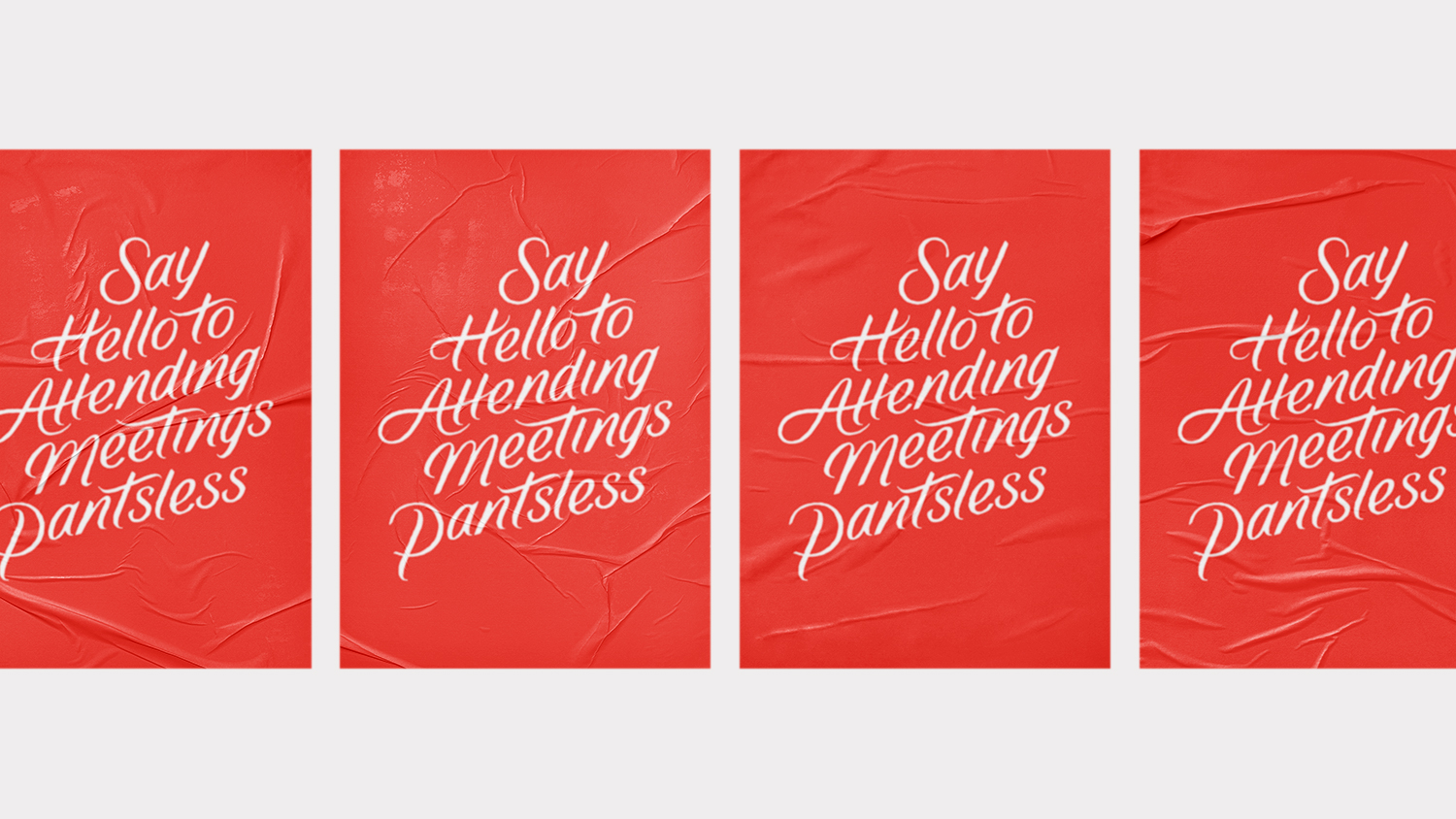